In Italy, the most creative part of Europe, sensational things have been created like the Piazza di San Marco, the Bellini, Spaghetti, the Colosseum, the Leaning Tower of Pisa, the Tignanello, the Tartufi bianchi, the Ferrari, the film La Dolce Vita by Fellini, and Fashion by Gucci.

Among many other places of interest, these Boot dwellers also invented the Amaretti. With our Amarettitalia, we've brought some Italianità into the assortment.

According to a traditional recipe, the Amarettitalia are made from almonds, egg whites and sugar “con Amore”, then specially filled à la Vollenweider with cherry Brandy cream, and layered with rich, dark chocolate. 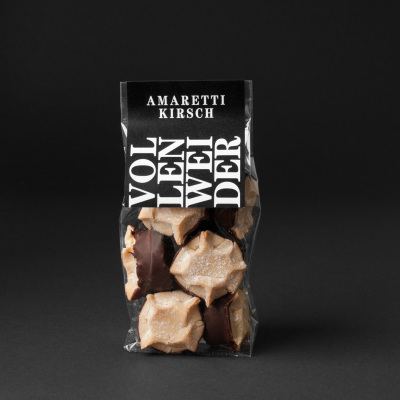 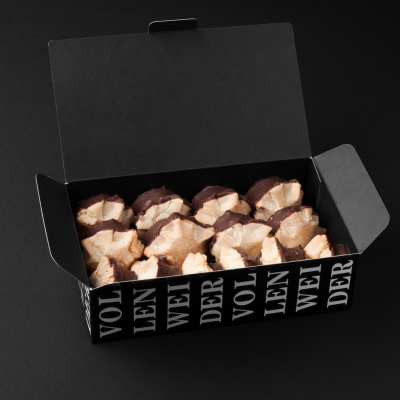 Placed in your Shopping Cart: